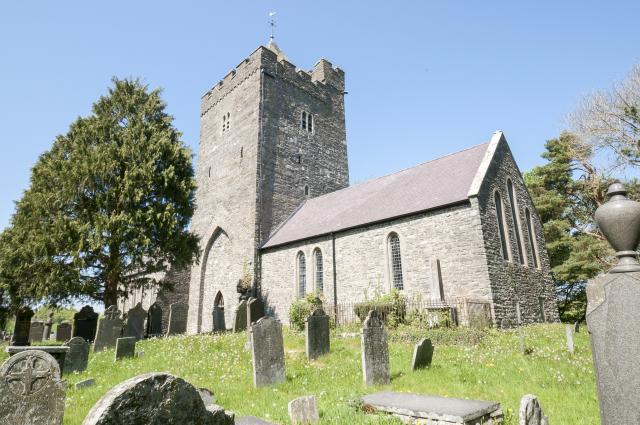 Medieval church built on a raised site. It is reputed to be the site of the synod of Llanddewi-Brefi, where, according to Rhigyfarch's Life of David, the ground rose beneath him as he preached. Six inscribed stones, dating from the seventh to the ninth century, attest the early Christian significance of the site. The church probably dates back to the thirteenth to fourteenth century, and the tower was added in the fifteenth century. Both transepts had collapsed by 1814, when they were blocked, and the nave was rebuilt in 1832 and again in 1874 by R.J. Withers, who also partially rebuilt the chancel.

Search for further information about Church of St David, Llanddewi-Brefi, Ceredigion on Google

People associated with this site
as architect: R. J. Withers