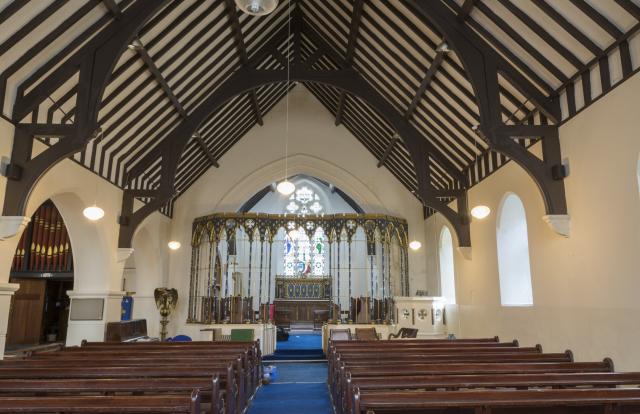 The church was built in 1886-7 as St Paul's Mission Church, Pentrhiwgwynt, part of the parish of Llanwonno, but was not consecrated until May 1888. The north aisle was added in 1910. The chancel was refitted by Herbert North in 1925-6, when a chancel screen, reredos and celure was added, as well as the east window by F.C. Eden. The bell tower and and clergy vestry was added in 1935.