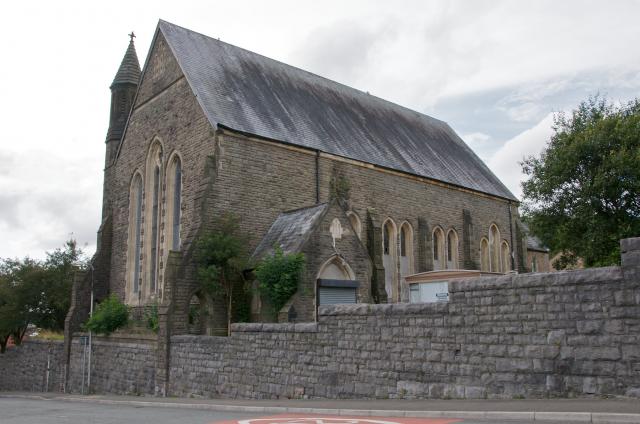 Church built in 1827 at the instigation and expense of John Josiah Guest for his workers. Guest contributed £3000 towards the cost, and asssisted with the maintenance of the clergy. In 1839 a new parish of Dowlais was created, and St John's was one of six churches in the parish, although by 1977 there were only two. The church is oriented north, and a chancel was added in 1873. The transept on the west side was built in 1881. The nave was restored at a cost of £4,500 by the architect E.A. Johnson of Abergavenny in 1893-4, after which the three-bay arcade in the west (liturgical north) wall was all that remained of the original church. The church has been closed since 2001.

People associated with this site
as architect: Edwin Arthur Johnson