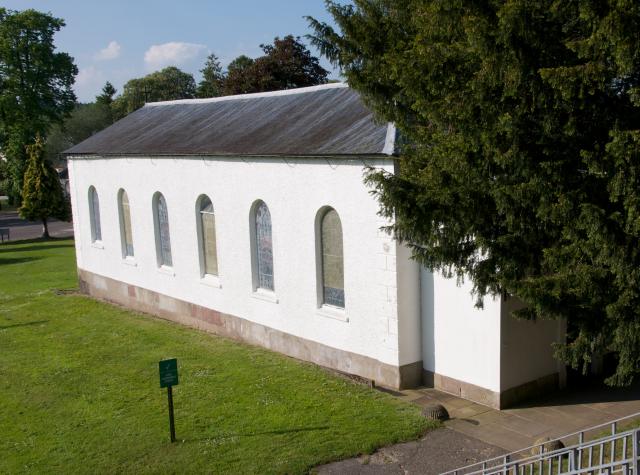 Church built in the late eighteenth century in the grounds of Llanarth Court. A Catholic mass was maintained by the Herbert family at Llanarth Court after the Reformation in the sixteenth century, and the family continued to offer shelter for recusant priests at their houses of Llanarth and Treowen. In 1947 Llanarth Court was sold to the Dominican Order for a nominal sum by Fflorens Roch, by which time it was functioning as a school. The church was however given to the Roman Catholic Church. The Church of St Mary and St Michael is notable for its collection of continental glass, brought to Llanarth in about the 1880s by a member of the Herbert family.

Search for further information about Church of St Mary and St Michael, Llanarth, Monmouthshire on Google