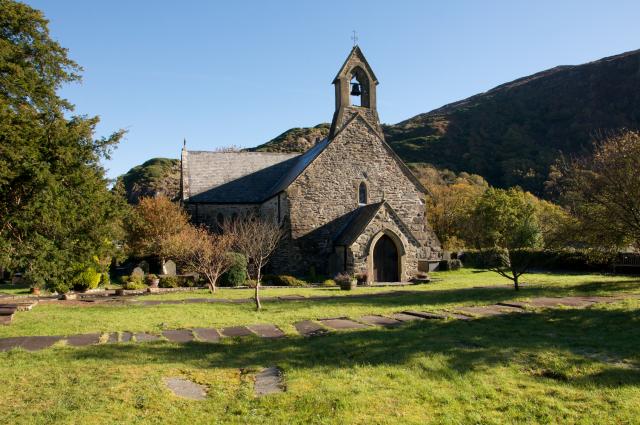 The foundation of the church at Beddgelert is probably an early medieval one, its monastic community still independent in the late twelfth century, but the site became an Augustinian Priory during the first half of the thirteenth century. The church underwent various alterations in the nineteenth century, including the addition of the Lady Chapel in about 1880 by Henry Kennedy.

For the medieval history of the site see Monastic Wales.

Search for further information about Church of St Mary, Beddgelert, Gwynedd on Google