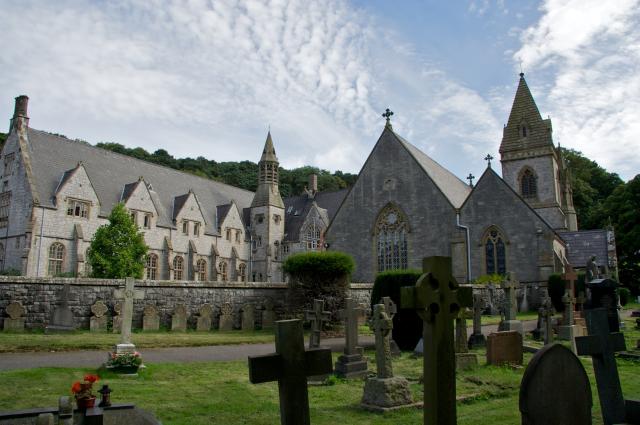 Church built at the expense of Rudolph Viscount Fielding and his wife Louisa Pennant, and intended as an Anglican church. However, after their conversion to Roman Catholicism in 1850 they withdrew their offer of the church to the diocese of St Asaph, and gave the church to the Capuchin friars, causing great controversy. Originally designed by T.H. Wyatt, the work on the the Church of St David, with St Asaph as a secondary patron, was completed by A.W.N. Pugin and the church opened in 1852.

Search for further information about Church of St David, Pantasaph, Flintshire on Google