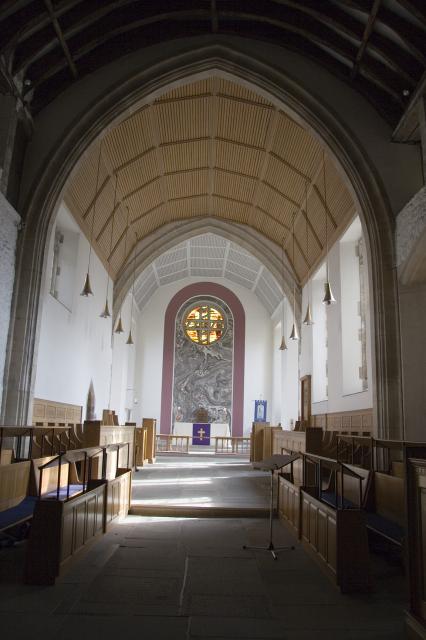 Church reputedly located on the site of cell of St Gwynllyw, locally known as Woolos. The church was given to Gloucester Abbey in late 1093, who rebuilt the church in around 1140. St Mary's Chapel (west or Galilee chapel) was rebuilt in the thirteenth century and altered 1818. Aisles rebuilt in the fifteenth century, along with west tower. The upper stages of the tower were built by Humphrey, Earl of Stafford and Jasper Tudor, Duke of Bedford. The church was restored in 1853 by W.G. & E. Habershon. The church was raised to Cathedral status 1949, having been the pro-cathedral of the Monmouth diocese since 1921. The chancel was extended by A.D.R. Caroe 1960-4, when the John Piper window was added.

At the time of this reordering, Victorian memorial glass was removed from the chancel and has been lost, and it was presumably at this time that decorative borders were removed from extant Victorian windows.

This database and its contents are copyright © 2008-2020 by University of Wales Trinity Saint David, unless otherwise noted. Copyright information